Broadcast Enterprises and Affiliated Media, Inc. (BEAM) is a Televison Broadcasting Company with commercial operations in all three major Philippines metropolises of Manila, Cebu and Davao, as well as the 4 other key cities of Baguio and Naga in Luzon, Iloilo in the Visayas and Zamboanga in Mindanao. The company's flagship service is on Free-to-Air UHF Channel 31. It has transitioned to Digital Terrestrial Broadcast (DTT) and building the groundwork for multi-channel, fully flexible cross-platform digital broadcast headend and transmission network. 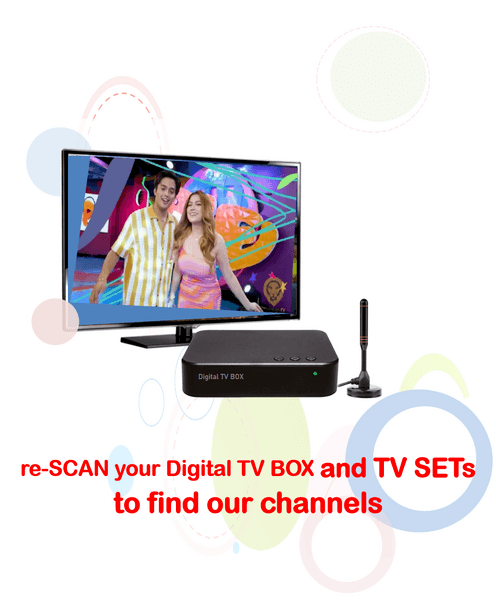 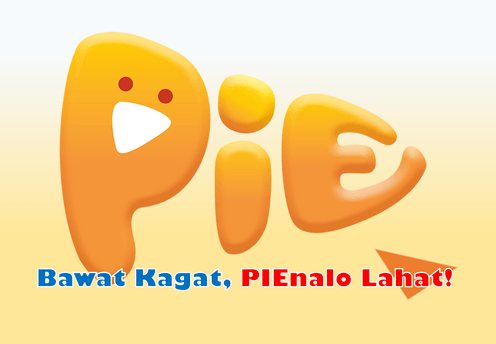 PIE, stands for Pinoy Interactive Entertainment, is a revolutionary new TV and digital channel that will upgrade the traditional viewing experience to digital. Celebrities and content creators are introduced as 'PIE jocks'. It is available on free-to-air television channel co-owned by Kroma Entertainment, 917Ventures and ABS-CBN, in partnership with Broadcast Enterprises and Affiliated Media. The name is derived after Pie, ... a baked pastry dish made of dough casing that contains various sweet or savory filling ingredients, which consists of different traditional and digital (known as "tradigital") entertainment programs for games, talk and variety shows mixed with real-time interaction format that can be viewed at any devices, dubbed as the country's first multiscreen and real-time interactive entertainment channel.

It broadcast nationwide on television via digital terrestrial through BEAM TV on its flagship station Channel 31, cable and satellite providers, as well as online via PIE's YouTube channel, its official website and GCash's GLife (since May 28, 2022), which operates daily from 5:00 a.m. to 2:00 a.m. the next day. 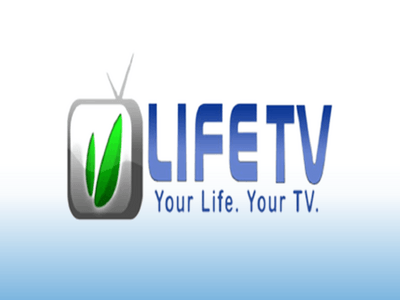 Life TV is a Christian broadcasting network and production company. It is a world-wide commercial ministry that promotes the love of God through media evangelism. Instituted by RA 9342, Life TV is operated by the End Time Mission Broadcasting Service Incorporated that engages in providing content to digital and cable televisions with the aim of empowering its wide array of the audience throughout the globe....

Highly dedicated to leading a broadcast network that serves and promotes the advancement of information and communication, it offers programs in different formats, such as news and public affairs, health, wellness, self-help, and spiritual growth. A channel for the family – with the view of encouraging a positive outlook from the audience and inspire responsibility and hard work in life, Life TV is indeed a genuine partner for progress. A channel for all ages - Life TV knows no generational limits.

From grandparents to teenagers, it envisioned to produce television programs that will attract wide-viewership relatable to all audiences. A channel of hope and faith - Life TV is committed to spreading positivity through programs that motivate and empower everyone 24 hours a day, seven days a week - All around the globe, through all media formats possible. Life TV can be watched through Cignal - Channel 187, Sky Cable - Channel 44, Beam TV - Channel 32.6, and also through video live streaming on Facebook via Life TV Asia Facebook Page. It encourages everyone to catch the vision and help transform lives by being one and united in its efforts to further the gospel through Christian Television not only in the Philippines but around the world. 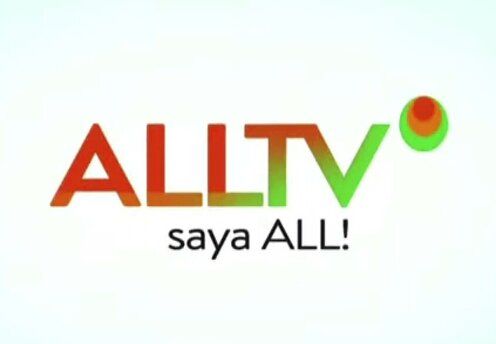 ALLTV is a Philippine free-to-air broadcast television network based in Mandaluyong, with its broadcast facilities and studios located at Starmall EDSA-Shaw in EDSA corner Shaw Boulevard. ALLTV's flagship television station is currently on provisional authority which carries the VHF Channel 2 (analog) and UHF on Channel 16 (digital) previously used by ABS-CBN Corporation under DWWX-TV after its broadcast franchise... lapsed in 2020. ALLTV is also on Free-To-Air broadcast via the digital subchannel of BEAM TV for nationwide reach and coverage.

In June 2022, AMBS Manila began its test broadcast. On September 1, 2022, TV host Willie Revillame announced that the TV station of AMBS will be named as ALLTV. Initially slated for October 1, the station made its soft launch on September 13, 2022, at 12 noon, with plans of expanding it nationwide at the soonest possible time, as announced by Willie Revillame; the grand launch will take place before the early 2023. On July 15, 2022, during his contract signing with AMBS, Revillame announced that his variety show Wowowin would return on ALLTV since its final broadcast on GMA Network on February 11, 2022. Weeks after, actress and TV host Toni Gonzaga and her husband and director Paul Soriano, DZRH broadcaster and former ABS-CBN News anchor Anthony Taberna, singer and actress Ciara Sotto, and TV host Mariel Rodriguez also signed their contracts with AMBS. 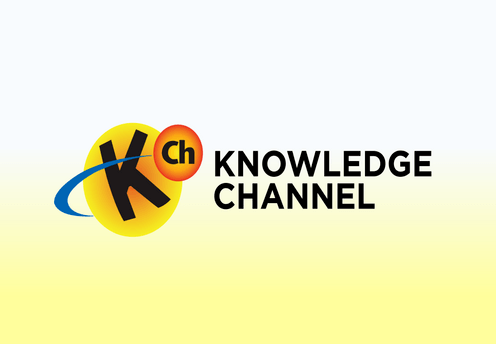 The Knowledge Channel Foundation Inc. (KCFI) is a a non-stock, non-profit organization established in 1999. Its mission is to be responsible stewards and co-creators of transformative learning experiences through media and technology in the service of the Filipino children.

KCFI has been at the forefront of helping improve education and learning outcomes in K-12. Through relevant and engaging multimedia learning resources... and professional development of educators, KCFI helps create a solid educational foundation for early reading, numeracy and oracy – critical factors in a child’s educational development It is the first and only TV, online and offline media tandem primarily focused on the Philippines’ basic education curriculum. 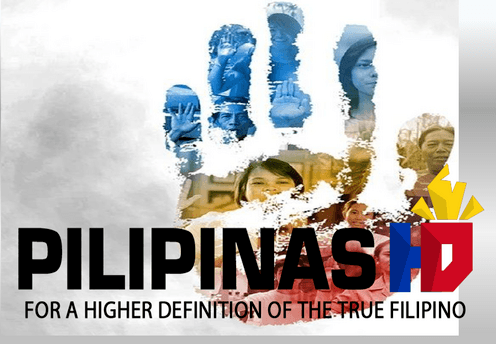 Who or what is the Filipino? This has been a pervading issue for a Country and its People ever since Ferdinand Magellan landed in the shores of a group of islands now known as the Philippines in 1521. Are we just a compilation of the traits of our conquerors? What truly defines our race known to the rest of the world as Filipinos? These are just some of the nagging questions PilipinasHD is trying to find answers to by constantly producing documentaries ...based on primary sources that can provide clues to the DNA of the True Filipino. ‘Duyan Ka Ng Magiting’ (inspired by the sixth line of Lupang Hinirang) is a main series of the television channel aimed at celebrating the heroism of forefathers that has allowed us the enjoy the freedom we have today. Jose Rizal opened our eyes about the injustices during the Spanish rule. Andres Bonifacio who was inspired by Rizal led one of the much highly publicized revolutions in Philippine History. But do we know that it was one of the martyred priests of the Martyred GOMBURZA who influenced Jose Rizal through one of his students, Paciano Rizal, who planted the seeds of the Philippine Revolution.

Father Jose P. Burgos, born in Vigan on February 9, 1837 is a central figure in Philippine History that not too many pay attention to. Through records now being made available to us Filipinos, PilipinasHD aims to also celebrate the likes of Father Burgos who forged what is now known as the Filipino Race. Modern day Filipino Heroism is another major component of PilipinasHD. Outstanding Filipinos tells of understated heroism of teachers, soldiers and police personnel who go beyond their call of duty. One such story is that of Dorothy Tarol, Ph.D. of Iloilo City who since losing her sense of hearing sixteen years ago has focused her life on a journey to teach persons with disabilities and persons deprived of liberty how to read. Then there is the story of Lt. Colonel Elmer Suderio PA, who together with his platoon in one of the Scout Rangers' operation in Basilan in 2015, asked his commanding officer to bomb their location as a means to eliminate a group of Abu Sayyaf who had them surrounded. A risky maneuver that had a Philippine Air Force jet bombing a position close to Lt. Colonel Suderio and his men saved the day for the gallant members of the 12th Scout Ranger Company.

What is a Filipino beyond the fiestas and the street dances? Storya ng Bayan is a segment that goes beyond the eye-candy shots of our wonderful towns. It aims to present to a younger generation the almost forgotten traditions and talent handed down to us by our forefather which makes the Filipinos a unique race. Angono, Rizal is a cradle of Filipino Creativity. But no many in us know that this municipality in Rizal is home to two Philippine National Artists. Renowned muralist Carlos Botong Francisco and composer, conductor and teacher Maestro Lucio San Pedro are both from Angono, which is just one among many towns where Filipino Creativity is aplenty. PilipinasHD For A Higher Definition of the True Filipino. 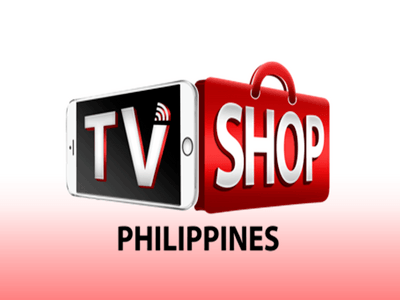 Vision TV Philippines, Inc. also known as TV Shop Phils, Inc. is a Direct TV shopping company which has been operating in the Philippines from January 2010 to present. It is a company that carries the business of buying, selling and distributing commodities and merchandise marked as “As Seen on TV”. TV Shop Phils, Inc. travels the globe in search of the world’s most amazing products that are... innovative, unique, effective, easy to use and which can make a positive impact in our customers' lives.

Our merchandise includes products in slimming and shapewear, health and fitness, household, kitchen and healthy eating, DIY and Auto, lifestyle and accessories which our customers can avail of from the comforts of their home via phone call or through the internet. We aim to achieve the highest possible sales target, maintain and support the needs of our clients and to deliver world class, quality products and services to our customers while staying ahead of the competition.